Welcome to Monza! A circuit renown for its speed and it’s history. With the new car regulations in place means that overtaking won’t be as frequent as we’ve seen in previous seasons. Last seasons F1 race showed that with Sean unable to get past Louis for P1 after several attempts.

The number of straights and heavy breaking zones make this circuit easy to make a move, as long as your setup has good top speed. Turns 1 and 3 will see the most action due to both straights before offer the chances for the cars to exceed 200 Mph with ease, allowing for spectacular divebombs. The final corner, T11 (Parabolica) is also a overtaking chance but you need to be close due to the fast nature fo the corner itself. The first DRS zone down the front straight into T1 is obviously a favoured overtaking spot however the second DRS zone is located between turns 7 and 8 down hill into the infamous Ascari chicane. A move here would not only require bravery but maybe also impatience and mistakes from other drivers due to its fast and narrow nature. 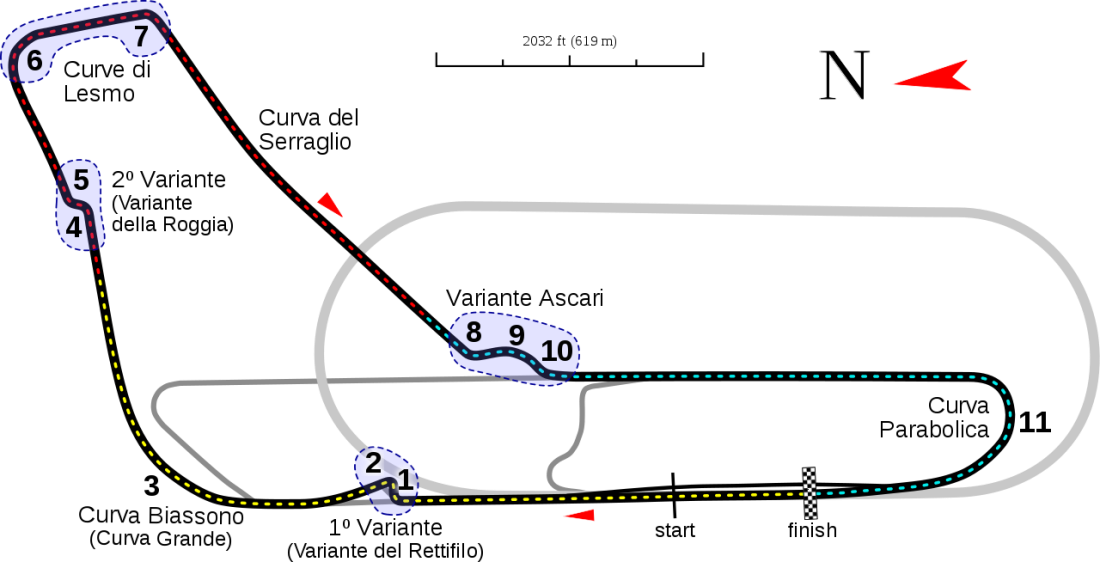 With Cliffy leaving the league for good it’s now made the title fight a 3 horse sprint to the finish with 75 points up for grabs over the next few weeks.

Weather for Qualifying is hot and sunny and the race is looking that way too. No need to being your umbrella this week!
Check out Lego’s hotlap below
https://www.youtube.com/watch?v=qXCVoJ14TLM